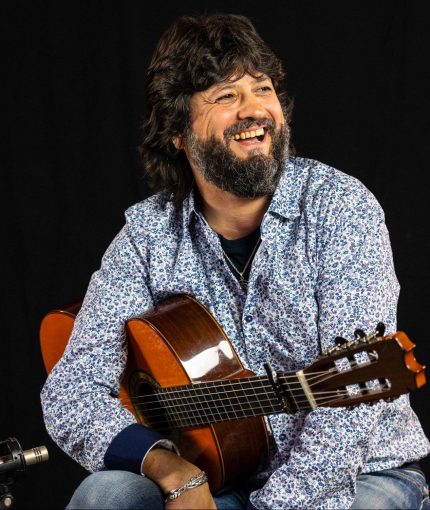 Juan Gómez "Chicuelo" is one of the most important guitarists on the current flamenco scene and, at the same time, one of the most prolific and interesting composers of recent generations.

His beginnings were in Cornellà de Llobregat at the age of 12 with guitarist Casimiro González, today one of the most renowned flamenco guitar luthiers.

He has been the usual guitarist for, among others, Miguel Poveda and Duquende, with whom he has toured extensively in Europe, Japan and the United States. He has accompanied singers such as Enrique Morente, Mayte Martín, Rancapino, La Susi, La Marelu, Chano Lobato, José Mercé, El Cigala, Potito and Carmen Linares. He has also worked with jazz musicians such as Chano Domínguez, Carles Benavent, Jorge Pardo, Jordi Bonell and Raynald Colom, and has collaborated with the pianist Maria Joâo Pires and the cellist Yo-Yo Ma.

In 1996 he created and lead the Cambalache formation, with which he obtained great recognition. He was also a member of the group Guitarras Mestizas, with which he recorded two albums.

He has composed music for the flamenco dance companies of the most renowned artists, such as Antonio Canales and Israel Galván, for whom he composes the original music for his works "La Metamorfosis" (2000), "Torero alucinogeno" (2004) and "Lo Real". /Le Réel/The Real", premiered in 2012 at the Teatro Real in Madrid.

Since 1998 he has been the musical director of Shoji Kojima's Japanese dance company, highlighting the works presented at the Jerez Festival and the Seville Biennale, "La Celestina" (2012) and "Fatum (La Fuerza del Destino)", of which he composed original music.

He directed the music of the dance company Somorrostro Dansa Flamenca, produced by the Taller de Músics, and where he composed the works: "Andanzas and Inconnexus XXI",  the latter together with Enric Palomar and choreographed by Javier Latorre.

He was the musical director of the musical Tarantos (2004), directed by Emilio Hernández and choreographed by Javier Latorre, which received the Max Award for best music.

He composed the music for the work "En el tiempo" by the contemporary dance company La Baraque, premiered at the 8è Biennale des Musiques Ibériques, and for "De Carmen" (Dancing in the Arena), by Trànsit Dansa/Maria Rovira, premiered in 2012 at the Grec Festival in Barcelona. At the cinematographic level, he has composed part of the music for Orson Welles' latest film, "Don Quixote" (1992), and Pablo Berger's "Blancanieves" (2012), which with the bulería "No te puedo encontrar", the film's central theme, won the 2013 Goya Award for best original song. The theme is a creation by Chicuelo with lyrics by the film's director, Pablo Berger.

He is required as a composer and guitarist in the productions "Cante y Orquesta" (2004) with Miguel Poveda, Joan Albert Amargos, Israel Galván and the Barcelona Symphony Orchestra and the National Orchestra of Catalonia; "Desglaç" (2005), by Miguel Poveda; "Els  treballs i els dies" (2007), by Maria del Mar Bonet and Miguel Poveda, and "Verses of love" by Miguel Poveda.

In 2014 he launched the "Rumba y Cosas" project with Marinah (former singer of Ojos de Brujo) and with the musicians Carlos Sarduy, Javi Martín and Israel Suárez 'El Piraña', which premiered at the Connexions Festival. It was published on disk under the name of "Sintonías".

In 2016 Chicuelo premiered his new project with Marco Mezquida and Paco de Mode, in collaboration with the Fira Mediterrània de Manresa. Later, this new project materializes in the album "Conexión", with which they have worldwide recognition.

Since 2017 he is the guitarist and musical director of the "Gran Gala Flamenco" and "Ópera y Flamenco" shows in Barcelona.

In 2020 he composed the original music for the show "Lorca x Bach" that premieres at the Festival de Jerez.

Currently, he is immersed in the "Caminos" project, accompanied by three outstanding artists from different genres: Karen Lugo on dance, Martín Meléndez on cello and David Gómez on drums. The official premiere took place at the Teatro Coliseum in Barcelona, with unanimous success from the public and critics.

Recommended knowledge: Understanding of techniques such as arpegio, arpegio-picado, rasgueos, abanicos and picado 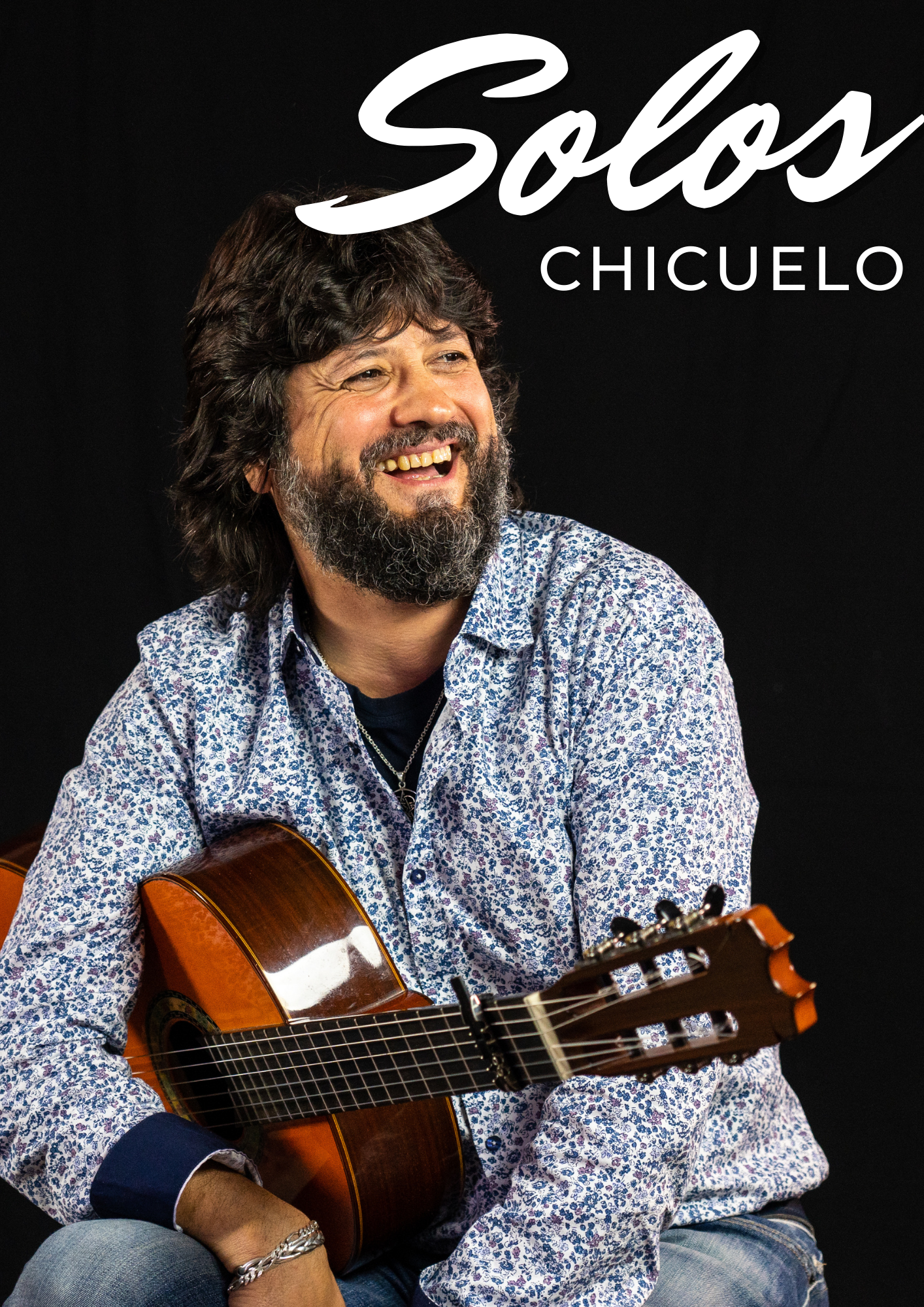