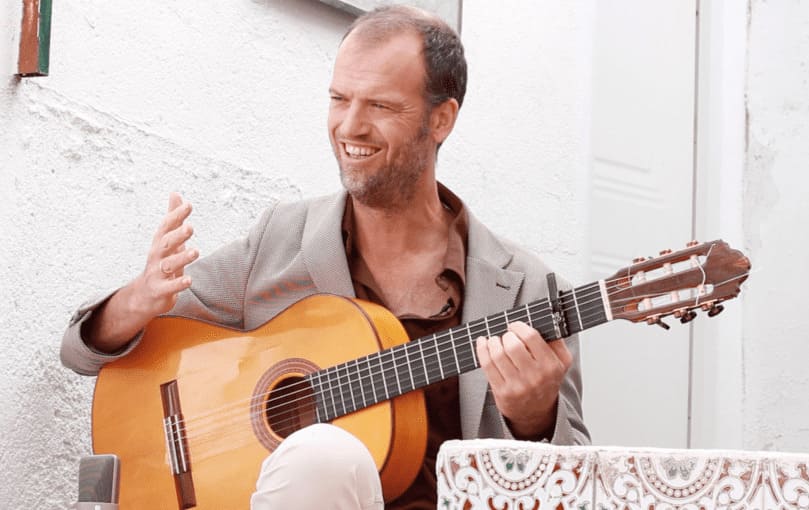 Every week the maestro digitally sits in front of you during your weekly session. Each session consists of a HD video recording of a full flamenco guitar lesson.

The maestro teaches by example, which is how flamenco has always been taught locally in Andalusia. You'll learn through the maestro's in-depth explanations and through imitation in what we call our "Authentic learning experience".

The lessons are in Spanish, but we have made professional English subtitles for each lesson. This preserves the authentic vibe during each lesson while preventing anything getting lost in translation.

Learning through imitation is the way Flamenco has always been taught, however in case you are used to reading sheet music or tablature, we include both for every single lesson.

On-screen scores for faster learning: The tablature and sheetmusic are visible in the video as the maestro plays the examples. This way you can quickly copy the correct finger placements and chords, saving you a lot of time while studying. 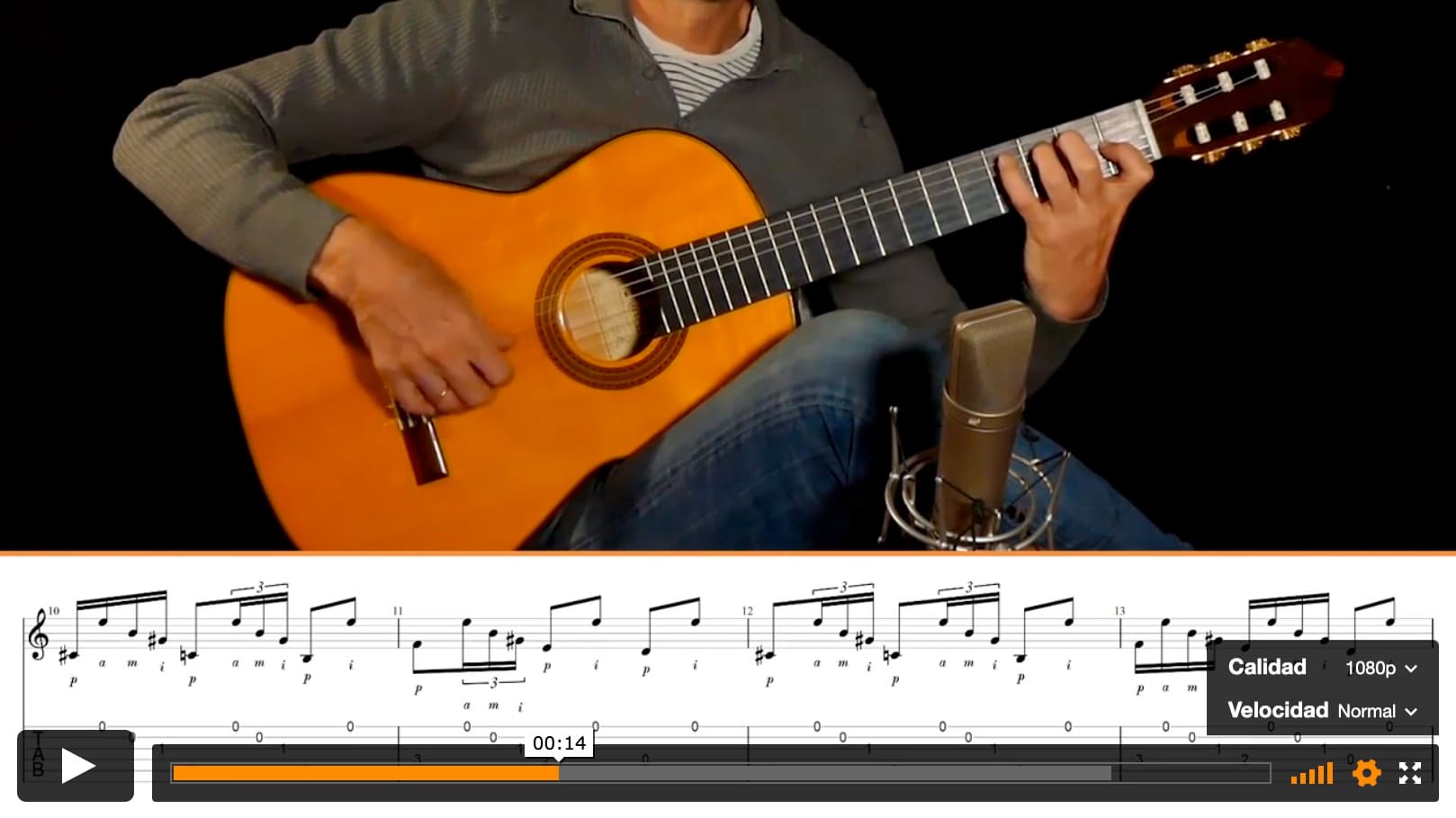 The maestro teaches you both basic and advanced guitar techniques in a well-paced manner. You'll gradually build speed and fluidity on your guitar and as you progress you will be able to play more and more complex material with ease.

From Soleá to Siguiriyas to even the most elusive styles such as Peteneras or Bulerías. All styles are covered one by one during the weekly lessons. This is important as a flamenco guitarists should have a grasp of at least the basics of each style.

The maestro teaches you material that allows you to play as a solo artist, building an extensive repertoire of fun, playable flamenco pieces.

Traditionally the flamenco guitar was an accompanying instrument for sing and dance. The maestro will teach you the secret language of accompanying and playing in a flamenco group.

The maestro teaches you a variety of traditional and modern falsetas from well-known guitarists. 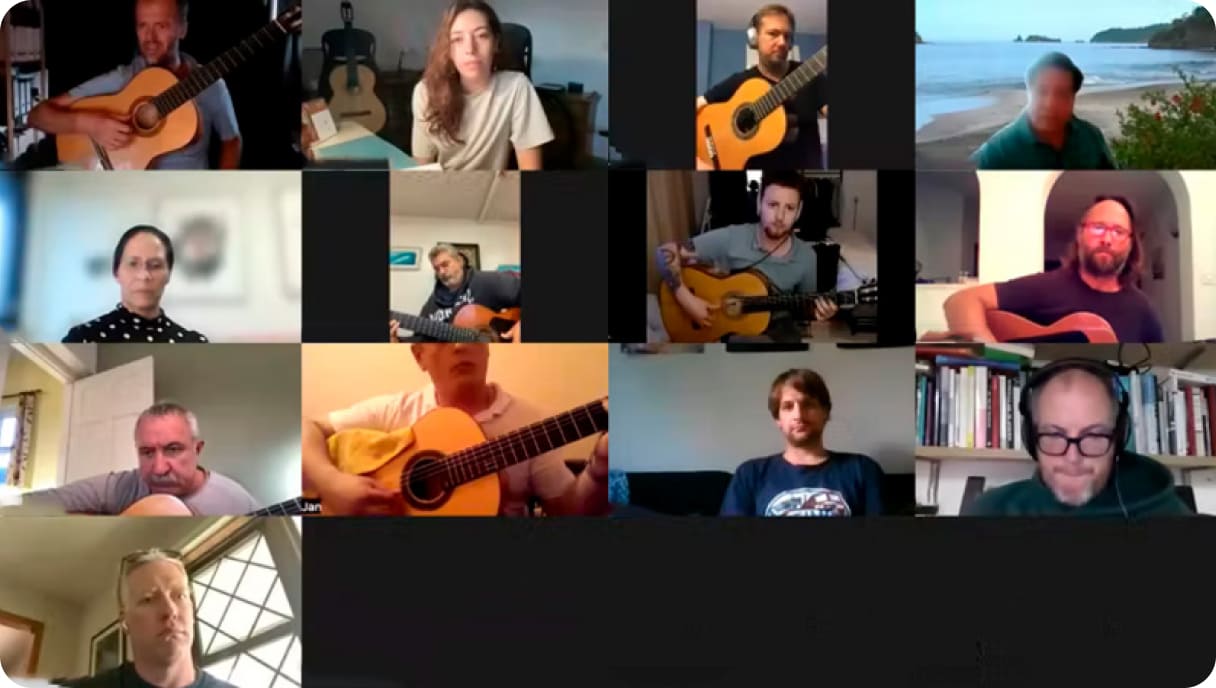 Every month all members can join the Maestro's live Q&A. Here you can ask any of your flamenco related questions.

This is not dry theory, but fun! Both the maestro and the students take out their guitars and play, talk, discuss, give examples and inspire each other.

The live Q&A introduces you to your flamenco peers. Here you can share your progress and learn from the questions that others ask.

Get hands-on advice: The maestro takes time to teach in a more hands-on fashion during the live sessions. Diving deep into the more challenging topics and helping out those that need an extra push.

Pour yourself a glass of wine, sit back and relax, or join the discussion and ask away!

Our private members facebook group allows you to come into contact with your flamenco brothers and sisters. Exchange experiences, help each other out and share your progress.

This is where friendships are forged and the solitary aspects of playing guitar on your own alternate with the social aspects that are key in Flamenco.

Discuss your progress, show what you are learning, ask each other questions. It's all happening right now in the community.

Of course the maestro joins you in the group and is there to give extra feedback or answers when needed. 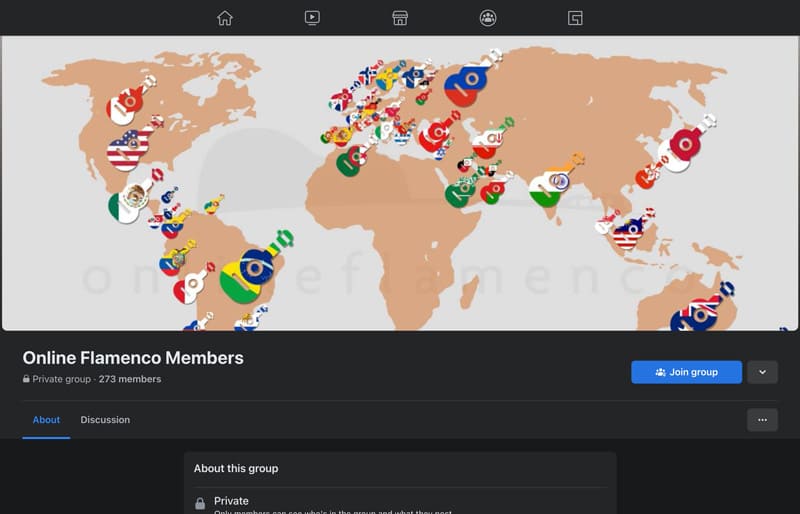 The maestro has put tremendous effort in this material. Together we are quite proud of the results our students are getting. We would love for you to experience this too, so we're offering you a full month of weekly lessons for free.

If for some reason you wouldn't want to continue after your free month, simply send us an e-mail and you won't be billed.

And you and the maestro will still part like friends... Does that sound fair? 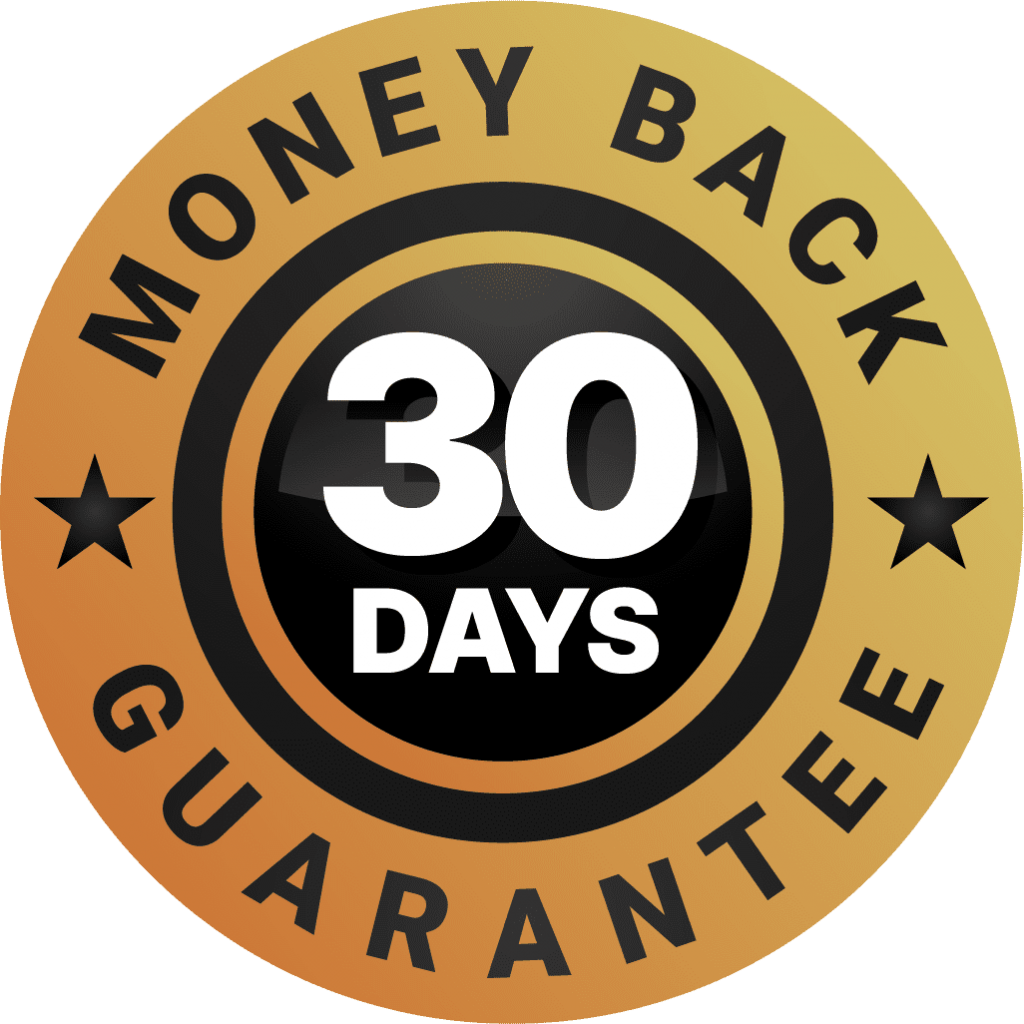 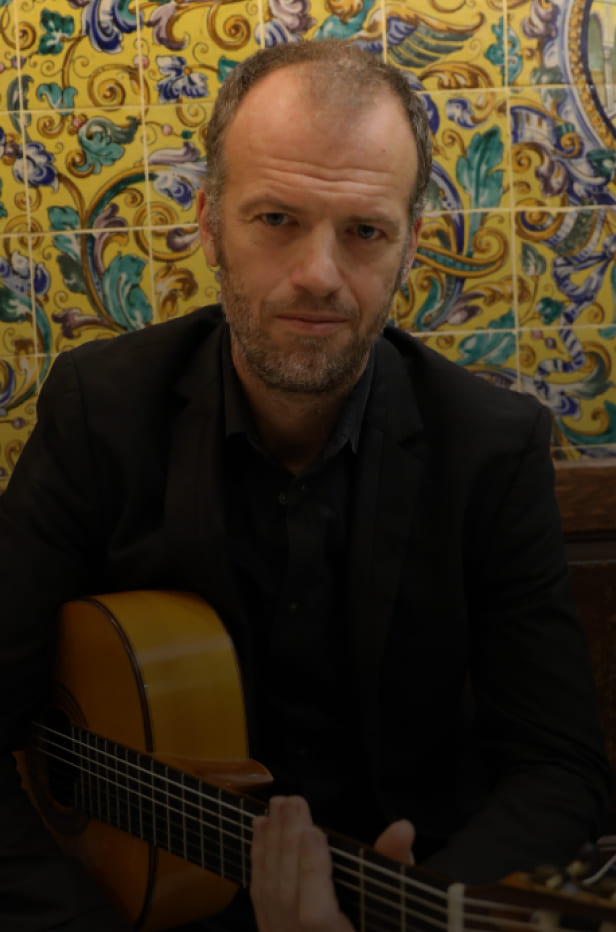 Maestro Tino is frequently invited to teach at the Rotterdam Conservatory where he studied under the guidance of maestro Paco Peña and is known for his didactic capabilities. For many years he was the assistant teacher of maestro Gerardo Núñez.

Check out what our students have to say about the weekly lessons!

" I've made tremendous improvements since I started lessons with Maestro Tino! Since then I'm finally achieving the proper sound and 'aire' "

" I've checked a lot of online courses and youtube videos but I was always struggling. Since starting with these lessons my guitar playing has reached a new level! "